No more than one third – the golden rule of chip-tunung.

The most common value of power boost gained by chip-tuning is about 30%.Why is it so? 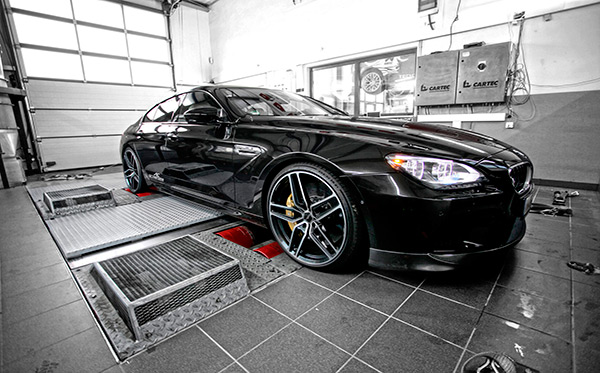 It’s always easier to discuss a question on the particular instance. In our case, it is GT Chip unit. The producer established 26% of torque growth and 31% of power increase. What is the background of these parameters?

Working in standard conditions the motor does not use all resources, which were implicated by manufacturer during design and production. It is safe to increase the power and torque up to extra 20% - 30% without any affect to device reliability. Thirty percent of increase is the line, that will be never crossed by the judicious mechanic. There is no chip-tuning boxes approved by car produces, which exceed this range.

Let’s illustrate this feature with the help of VAG 1.8 T power unit subtypes. It is presented on the market in three modifications: 150 hp, 180 hp, and 225 hp (the most powerful one). The opportunity of first version upgrade to the second one is very tempting. Furthermore, it’s quite possible, because these modifications defer only in the ECU operating protocols, which handle the turbine function on different regimes. Why don’t we proceed further and make 225 hp version from the 150 hp or 180 hp? Because this try will lead only to the engine malfunction on account of overloading. The best is the enemy of the good, the third modification has significant mechanical differences: enlarged turbine, additional intercooler and special type of pistons with forced oil cooling. If we take a look at “The best engine of the 2013 year” – Ford 1.0 EcoBoost, we can find analogous situation. Both of 100 hp and 125 hp versions are the same in every detail except for the turbines. BMW N20 motor, which is used on up-to-date cars of this trademark, also has two versions with nominal power 184hp (320i) and 245hp (328i). These engines have four-cylinder construction, theirs volume is two liters and each one is supercharged, but the most powerful modification was altered with stronger pistons and enlarger compression ration (320i ration is 10:1 and 328i ratio is 11:1).

Judicious developers never promise more than 31% of additional power, because this limit is established by the laws of physics. Any well-educated engineer knows that up-to-date motor power characteristics can be improved without mechanical modifications only up to additional 20-30%. With this knowledge you can easily detect unfair trader. If somebody offers more than one third of power grows only with the help chip-tuning, be sure that this is nothing but leaves without figs. Only mechanical improvements can raise the power of the engine more than over 30%.

It’s important to mention that in case of GT Chip the value of additional power can be regulated by the end-user depending on his needs. If you are very concerned about your engine safety, you can always manually decrease power grows from 31% (maximum value, provided by our unit) down to 25-28%.